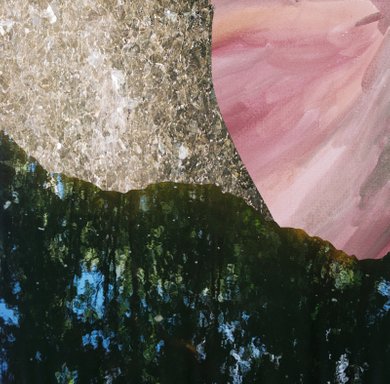 «Ungdomskilden» (the source of youth) is the second album of Wendra Hill, an improvisation collective started by the Oslo-based musicians Jo David Meyer Lysne and Joel Ring back in 2017. On this new release, they have teamed up with the distinctive Bergen-based drummer, Øyvind Hegg-Lunde.

Making this record, Wendra Hill, fell in love with DIY lamination and got inspired to overcome their fear of snakes. The rhythmic patterns of a nightingale, tremolo raga-inspired cello, and child-like toy-synth phrases merge into a state and whole only this collective could have created.

Jo David Meyer Lysne (guitar, sampler, turntable, synth, pedal-steel) was born in Førde, but is now based in Oslo. His artistic discipline deals with visualization of sound, working with theatre, installation, and self-made instruments.

Joel Ring (electric bass, cello, sampler) was born in Växjö, Sweden. He is now based in Oslo, working with artists from a wide range of disciplines, and he has become a strong new voice on the scene. His inspiration is wide-spreading, ranging from noise to western classical music.

Øyvind Hegg-Lunde (drums, percussion, electronic drums) was born and raised in Lærdal and has a background in both rock, pop, jazz, and improvised music. He is one of Bergen's most exciting drummers, where he is active in amongst others Building Instrument, Erlend Apneseth Trio, Strings & Timpani, Electric Eye, and Jose Gonzales indie-band Junip.